This panel investigates the potential benefits and discoveries of instructing and creating theatre in online, hybrid, and modified forms amidst Covid-19, Eliza presents on her workshop Work/ Play/Work: Creating Room for the Nervous System on Zoom

Gravity and Levity – A Journey in Five Small Acts

Written and Performed by Eliza Ladd

It took 400 million years to go from quadruped to biped, and now this?

How to move, how to eat, how to fly — join a very particular creature on a shape-shifting journey to die for. 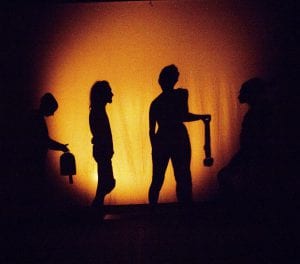 Tigers Above and Tigers Below

In this new commission, Eliza will create a live sound action score with New College students. Ladd’s approach, at once visual, aural and physical, combines the sounds of objects and human movement with layers of primitive voice and song. Here we are. What are we going to do? 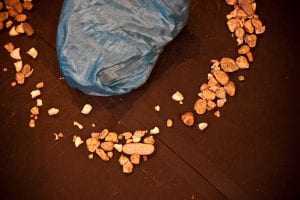 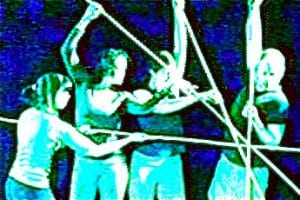 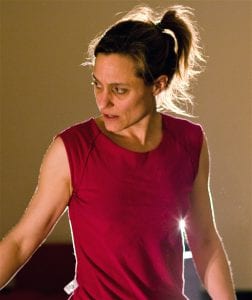 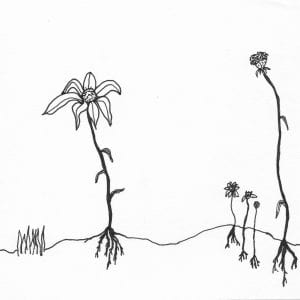 Sat January 24 at 4:00, The Dali Museum, St Petersburg, FL:  Eliza will be performing in a collaboration with Fuzion Dance Company and Kristin O’neal in a piece co-directed by Eliza and Leymis Bolanos Wilmott.  The piece is a Response to and a Riff  on  the current exhibition – Picasso / Dali, Dali / Picasso. Still Life, Object as Body, Body as Form, Form and Emptiness, Bending Time, The Underbelly, The Face of War – these 2 painters turned the world, and it keeps on turning in this performance. 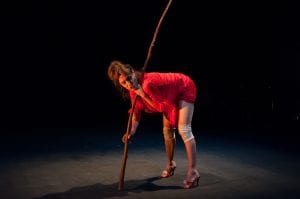 Sunday March 1 at 5:00, The Crocker Church 12th st and Cocoanut in Sarasota, Florida: Eliza will be debuting her solo O Let Me Just Be the Greek Whore that I Am in the first annual Sarasolo Festival. An evolution of On Est Deshabille Eliza continues to craft her story in search of a grammar for the human animal. Join a woman and her stick – part warrior, part creature, part housewife – on an absurd adventure born out of Rock + Roll and teetering toward Clown. In a fragile and ferocious feast of human spirit this performance delights and thrives in the territory of sound song text and body.