Inspired by the contemporary conflict between elephants and humans, Elephants and Gold plunges the audience into an archeological excavation of human identity. Topics of wildness, belonging, brutality, inter-species communication, the human animal, land-use, and freedom are all present in this performance event. Elephants and Gold, a contemporary surrealistic poetic music play, explores an earthy world through sound, song, movement, and language.

At root the show is about a relationship between a poacher man and his child, the conflict between elephants and humans, and how this conflict represents the teaching of reality. At tip Elephants and Gold is about human presence.

In an ensemble expression of Live Sound Action, the performers create a landscape of metal buckets, heavy stones, sacs of dirt, iron hooks, and strands of rope. They dig, drag, bury, and crawl their way into soaring presence. Elephants and Gold unearths the story of ‘elephants going mad’, and contemplates the evolutionary, cultural, and spiritual stories of humans. The aesthetic invites a deep curiosity about our place in the natural order of things.

See and hear the performers play original humans, elephants, Victorian explorers, lost men, archeologists, poachers, chicken clowns, children, and dead people. They create a train and a ship — through a poetic use of objects, sounds, and body – as they chronicle human migration around the world.

“Elephants and Gold offers wonderful surrealistic vignettes speaking deeply to our animal-human connections . . . a mini-opera with songs/dances, full of concerns we all need to think about  . . . strange language, brilliant, mysterious and great ensemble creativity.”

In the beginning of the play, the guide character muses:

“You know when we rose up, stood up, in all our hominid glory, up onto two feet and off of our four footed paws or claws or whatever they were, we began to be able to see over the tops of the tips of the dancing grassy stands, we raised our eyes above and this gave us great advantage.” The rest of the play unfolds as a multi-disciplinary inquiry into the nature of this ‘advantage’.

Teeter on the leading edge of consciousness and substance as you experience Elephants and Gold, an earthy ensemble performance fueled by rock songs, wonder, species, and wit. 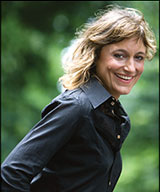 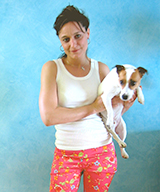 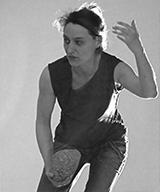